Always living in Somerset, the Sheppy family still continues the ancient combination of farming with cider-making.

Farming 370 acres at Three Bridges Farm since 1917, three generations of the Sheppy family have weathered the ups and downs of farming and cidermaking by embracing change and opportunity.

Quality is central to all Sheppy’s ciders, which are produced from local and home-grown apples at Three Bridges Farm. Modern technology has been used to assist the completely traditional production of fine English cider, but never to compromise the quality which is associated with the name Sheppy’s Cider.

View the range of Sheppy’s Ciders available at The Cider House.

Thatchers have been making cider for over 100 years and the world around has changed quite a bit.

With some things Thatchers have moved with the times, and with others they have stuck to what they know to be right. Like recipes and ingredients that have been with Thatchers since 1904, or their oak vats that make their cider so distinctive.

These decisions aren’t always easy, a farm and the family who run it are linked by more than just a farmhouse.

Decisions that are made echo down the generations, like how William Thatcher’s decision to start making cider over 100 years ago has shaped everything that has happened on the farm since.

Fortunately, to help Thatchers find our way they always asked one important question – what’s going to make the best cider?

View the range of Thatchers Ciders available at The Cider House.

At Burrow Hill apples have been grown and cider has been pressed for at least 150 years. It is the soil climate and the apple varieties which give our cider and cider brandy their unique quality. It has long been recognised that for growing apples for fermenting England has three ‘vintage’ areas: all are in Somerset; and at Burrow Hill, Kingsbury Episcopi, we are right in the middle of one, the others being around Wedmore and Baltonsborough.

Apples are the starting point for both our cider and our Cider Brandy, and at Burrow Hill we believe it is vital to know their origins. All the apples we ferment come from Somerset, and most come from our own orchards which extend to some 150 acres. We grow more than 40 varieties of vintage cider apples and the cider for drinking or distilling is made by blending these apples. The blending of the different types of fruit is the key to the craft of cider making. At Burrow Hill this is the responsibility of Tim Stoddart and Julian Temperley, who together have more than 50 years of experience of making cider.

View the range of The Somerset Cider Brandy Company available at The Cider House. 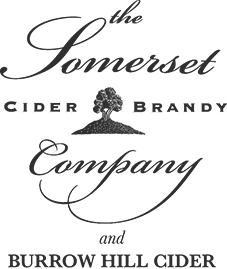 After many years trading as fish merchants, John and Kim Coulson decided they needed a new adventure. After meeting an award-winning Cornish winemaker, they decided to plant vines and create their own Cornish vineyard. From their first wine harvest in 2006, they created the first Polgoon wine and were subsequently awarded the Trophy for “Best Still Rose in the UK”.

The next two harvests also won major national competitions. Unfortunately, after these early successes, Polgoon suffered terrible harvests in 2007 and 2008 after enduring the Cornish weather conditions, leaving almost no wine! Determined not to be beaten, the Coulsons perfected a Cornish cider called Aval (Cornish for ‘apple’), a sparkling cider product made using the Methode Traditionelle, the same method used by French winemakers to produce their sparkling wines.

Polgoon then added a further product to their range, namely Raspberry Aval, which won a Gold Medal in the Taste of the West Awards 2009 and was runner up in the National Drinks Awards in the same year. It has gone on to become our bestselling sparkling drink.

Polgoon pride themselves on their range of award winning Cornish Ciders, which are all produced on their Farm in Cornwall. Apples are picked from their very own Orchard, combined with other selected west country apples and pressed on site.